In the early 18th century, Bahamas was conquered by pirates and declared a “Pirate Republic”, which then attracted other shady characters such as the famous Edward “Blackbeard” the pirate. Mansions, cathedrals and fortresses have been beautifully preserved.

Get ready and enjoy Viola’s Bar, Margaritaville, Fish Fry and Senor Frogs. All of them plays the best island music with different topic of food.

I was so exciting of beeing in Bahamas and I love visiting the island and dicover so many good things.

My first stop was Jimmy Buffet’s world famous Margaritaville, with free Welcome Margaritas all around and exclusive drink special, rocking and rolling in no time. There is even a swim poop bar to enjoy the cold margaritas cocktails.

Nowhere but Atlantins a huge resort can give an experience with such spectacular marine life. Well known for Aquaaventure, one of the world’s largest and most amazing water parks, where every day is filled with non-stop fun and adventure. Features over twenty million gallons of water.

An unforgettable experience where discovering the surface of Atlantis, Paradise Island’s Dolphin Cay. Take a unique water adventure of swimming alongside these playful animals above and below the water.

As well there is a beach to relax and soak up the warm Caribbean sun at the world famous Atlantis Resort beach. If you’re a casino fun, there is it!!! You can gamble 🎲

I also can’t forget the famous Baha Mar resort which offers authentic Bahamian luxury, is that kind of beauty which gives you the Getaway of your dreams.

The resort offers 40+ dining options, golf, spa, and casino. You can spend the day lounging by one of the 6 exquisite pools or the private beach. An aquariam with all the marine life is to be found next to one of the pool. You could swim with the sharks and turtles in the same time 🦈🐢.

Don’t hesitate to put it on your bucket list👇🏽

Have you ever heard of this island? Also known as Little San Salvador is a private island in the Bahamas which belongs to one of the cruise line, Carnival. It’s a wild beach and the heaven. Why is so unique this beach?

A 2-mile beach with white sand and curved outwards on each end forming a half moon shape, hence the name Half Moon Cay. Surrounded by green vegetation, colorful cabanas and beach villas a remarkable day will be.

The horse riding by see or by land is a great experience. Firstly you will start with a short tram riding to the orientation which brings you to the highest point of the island. A great memorie photo of the panoramic view of Half Moon Cay and the surrounding Bahamian islands you will get.

Kayaking should also be on your bucketlist. You’ll see the clear water very deep. The numerous species of flora ranging from red mangrovesto the ornamental silver buttonwood tree are in there.

Snorkel by boat, “put your snorkeling gear and bring your sense of adventure”. Traveling by boat to a side off the coast of Half Moon Cay and get an up-close view into the crystal clear waters of the Caribbean Sea. Snorkeling into waters teeming with gloriously colored fish, anemones and coral. The guide will assist you in case of needed.

A beach villa is available to enjoy the ultimate luxury beach day with private sun deck. With 4 bars on the beach you can stay there enjoying the drinks and soaking up the sun. The breakfast and lunch are served by the cruise staff in a specially arranged place, not at the beach this time.

You also can have a relaxing day and experience a tropical massage from one of the crew in one of the cabana with the sea view.

Maybe you even want to get married in a white church Bahamian style, have an exotic wedding and some dream pictures. If this is your plan then you should book a cruise in advance and the crew staff will help you with all the preparations for your dream wedding.

The people who live on the island, who are few are very welcoming. By the entrance of the island where the tender will drop you, the people are there waiting for you to teach you how to dance in the bahamian style.

Chicken Itza is the largest ruin complex in Mexico’s Yucatan Peninsula, one of the largest Mayan cities in the world.
The massive pyramid is known as El Castillo or Temple of Kukulcan.
The ruins were built by the Maya people, Chicken Itza beeing a pre-Columbian city.
The pyramids are 1500 years old. Every day, thousands of tourists from all over the world come to visit this spectacular piramide.
Why is named Chicken Itza?
CHI = mouth
CHEN = well
ITZA = of the Itza tribe
The story sounds like the people were occasionally throwing into the nearby cenote sacrificially ans those who survived were believed to be seers.

There is 2 hours drive from Merida by car and 3 hours from Cozumel.

Expect to be super hot and crowd there.

I also want to specify also that you’re allowed with your mobile phone at no charge. GoPro or other camera is a charge of $5

I bet the history of the temple is also very important, that’s the reason you are going there probably. You wanna find out what actually happend. So before you go, here’s a little bit of it.

The structure is 24 meters tall, 6 meters just for the temple top.

Did you know that the day and the night were equal? Believe me, it is true.
The equinoctial phenomenon of light and shade known as “the descent of Kukalcan”. The Mayan, great astronomers and precise in numerical calculations, created this building “El Castillo”, specially with an exact and mathematical design after making numerous calculations and measurements.
This monumental “Castillo” raised over the yucatecan plain, is a pyramid of nine staggered bodies, measuring 60 meters per side and 30 meters of high. The each side there are stairs and a temple in the superior part.
Specialists and investigators of diverse disciplines have agreed that this pyramid is a representation of the Mayan civil calendar: “coach side hs 91 steps, multiplied by the four sides giving a total of 364, plus one beeing the platform and adding a total of 365 days of the years.

When spring and autumn equinoxes take place the great Chicken Itza is the scene of the surprising phenomenos called “of light and shade”.
The position of the sun coincided with high accuracy with the steps of “El Castillo of Kukulcan” to gradually proiect on the balustrade of the northeast, seven triangles of light that form, to to bottom and defining triangle by triangle, the silhouette of the feathered serpent that measures about 34 meters long.
In 21 of March the sun eluminate those seven triangles at one side only till the equinox is on 21 of Septembre, when the other side of triangls is beeing eluminated.
The spectacular culminating moment of the phonomen shows how the light arrives to the stone head of the God- serpent in the ground where the stairs begin.
Expectation, silence, admiration…everything is concentrated in this extraordinary phenomen. And while the sun projects its mysterious and extensive shade on the Northern stairs, each step is illuminated littel by littel. This process lasta nearly five hours and its observed approximately for 45 minutes.

Glad you reach the end of my story! 😊

One of my greatest passions is to explore new places, to learn new cultures and to meet people from all over the world. My job helps me to fulfill my dream.

I was recently in Playa del Carmen, one of the island I really wanted to visit.

And there I was 😍

Either from Cozumel or Cancun is very easy to reach, around 30 minutes by ferry ⛴, only $18 both ways. Not bad!

Many years ago it was just an island of fishermen, nothing else. Over time, tourism has grown rapidly with the help of ferryboats and cruise ships that carried tourists from world.

It’s the perfect place to escape from the crowds of Cozumel, Cancun, Chetumal … The beaches are very clean, the white and fine sand waiting to get new visitors. Everything is in the harbor. Stores, restaurants, stalls, beaches and beautiful shows on top of it.

Shopping is good quality and affordable, tax free !!! Handmade collections very easy to find, also let’s not forget about the big brands.to designers who are very famous are there.

The beaches even if they are full of tourists are quiet and clean. No aquatic activities. Along the are plenty of restaurants with various traditional food, umbrellas and chairs. The sun’s rays are so strong, ready to get you a perfect tan!

Let me know if you have been there! Can’t wait to hear your story too 😍

Caribbean is always a good choise for vacation.
Cozumel, the island in the Caribbean Sea located on the eastern coast of Mexico has developed on the basis of tourism, so it got the destination for almost all the cruise ships that dock there.

The port is massive. Believe me, always super crowded. Restaurants, bars where the parties are going on since breakfast time, shops all in one.

Now, I most of the time was going to Hotel B, by taxi only. Only 20 minutes drive, not that bad.

There is a choise for you to take a day pass which is only about 40 bucks and some of them get the chance to use for food and drink. With 2 infinity pools, jacuzzi on top of the sea I bet you won’t regret a day there! 😎 Let me show you something more interesting

As for holiday planning I wanna mention that in Cozumel there is a tropical savanna climate. That means that a dry season is very short, from February to April and during the rest of the year is wet season. It’s a possibility for storms but never cold wheater. Still, yoy can enjoy the sunshine and the tan.

Now, I would like to share a little of of my experience with dolphins. They are some gorgeous mammals. Cery friendly, very smart and a very well developed feel so that can protect themselves during sleeping time. Also, i was very happy to hear that the skin can heel fast in case of any shark bite, accident, scratch.

For myself it was a special and beautiful moment, I could touch, swim and take some pictures. It is also very sad because some of them don’t get the chance to live in the wild where they supposed to be, unfortunately.

Let’s go first through this small piece of land Maho Beach. Wanna get any adrenaline and get a great picture as you catching the plane? Great! Than the beach in St.Maarten famous for the Princess Juliana International Airport is the place.

It is one of the few places in the world where airplanes can be seen just outside the runway. Watching the aircrafts on the beach is a highly populated activity by tourists. Daily flights are running the hole day. It’s something incredible and unique to see!

There is also many other beaches and resorts you can find close to the port. Except sunbathing, jet ski you could relax yourself in the shops. From small stores to the big brands, one day won’t be enough to go in all. Great deals though.

The food is really tasty especially if you’ll go to the french side. If you’re lazy and still wanna join the sun, most of the restaurants serve the food on the beach. 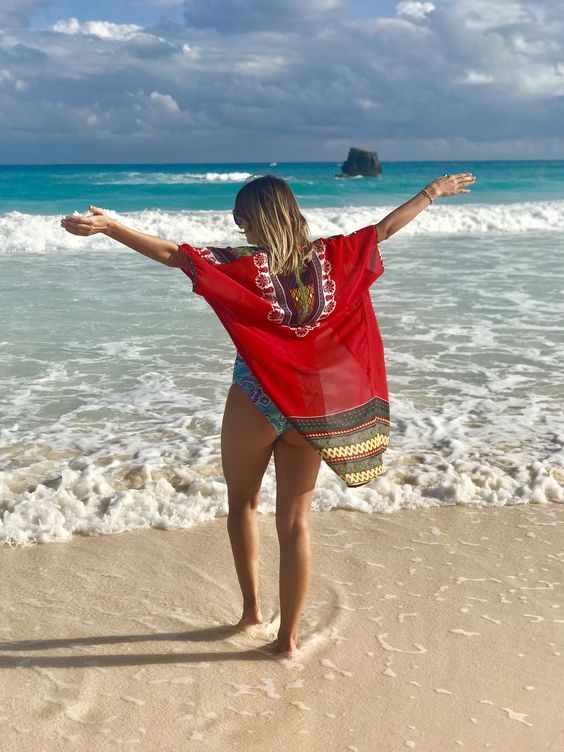